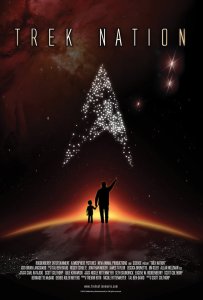 Story: Eugene “Rod” Roddenberry Jr. didn’t have the closest relationship with his dad, Gene Roddenberry (the creator of Star Trek). Rod was a rebel when he was a kid and young man. He never understood Star Trek nor grasped just how far its appeal reached. When Gene died in 1991, Rod was only 17. Starting in 2001, Rod set out to discover his father through the creation of a documentary. It would take 10 years to complete. Through the next decade, Rod would talk to many involved with Gene from the production side of the various iterations of Star Trek (head writer D.C. Fontana, actors Patrick Stewart and Nichelle Nichols, head writers Michael Piller and Rick Berman, and etc.), to fans of all shapes and sizes (some of the most notable being comic book creator Stan Lee and Star Wars creator George Lucas), to family and friends (such as Rod’s mother and Gene’s wife Majel Barrett, who also served as a cast member on a few Star Trek shows). The documentary covers Gene’s early life to his final days. This means that the main focus is on Star Trek: The Original Series, the original cast films, and Star Trek: The Next Generation (which are the Star Trek properties in which Gene had direct involvement), though some attention is given to the J.J. Abrams reboot films. More than a biography of The Great Bird of the Galaxy, we have the story of a father and a son as the son tries to find and understand the father and the creation that the son never knew well enough. END_OF_DOCUMENT_TOKEN_TO_BE_REPLACED 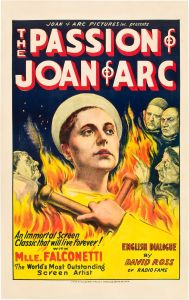 Story: Based on the real life trial records, The Passion of Joan of Arc tells of the trial and execution of the real life French hero Joan of Arc (played by Renée Jeanne Falconetti), who led many battles against the English during the Hundred Years’ War. A group of French clergymen loyal to the English are putting Joan on trial for heresy. They are demanding that Joan recount her supposed visions from God that stated she should lead a campaign to drive the English from France. Although Joan is adamant about her beliefs that she really was doing God’s will, the priests will do anything to get her to confess to making the whole thing up. They drill her relentlessly on the witness stand, deceive her, and threaten her with torture and even burning at the stake. Joan has a couple supporters amongst the clergy, but will they and her strong beliefs keep her strong under all the immense emotional, mental, and physical pain being thrown at her? END_OF_DOCUMENT_TOKEN_TO_BE_REPLACED 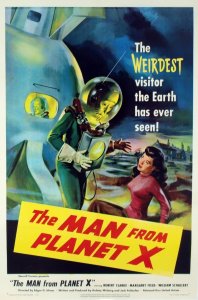 The 1950s are famous for many cinematic trends and historic notables: a greater amount of films were slowing being shot in color to compete with television and widescreen began rearing its head for the same reason; the terrible blacklist that cut short or damaged the careers of many in Hollywood suspected of being communists; the short-lived but later revived 3-D fad was introduced; and, of course, who could forget all the science fiction movies. END_OF_DOCUMENT_TOKEN_TO_BE_REPLACED